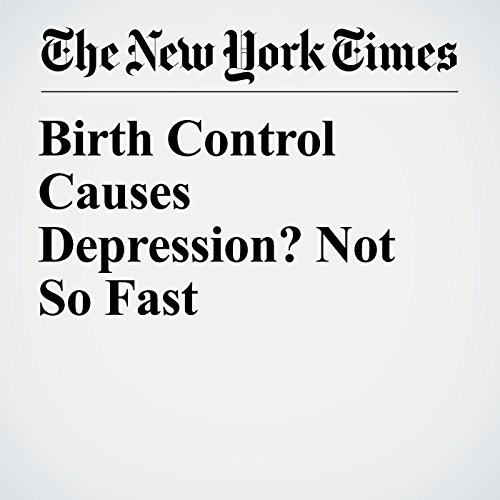 One of the biggest American public health victories of the past decade has been the record low reached in the teenage birthrate. Along with that have been lows in rates for teenage pregnancy and abortion. Most researchers believe that improved access to contraception is a large part of this success.

"Birth Control Causes Depression? Not So Fast" is from the April 03, 2017 Opinion section of The New York Times. It was written by Aaron E. Carroll and narrated by Fleet Cooper.