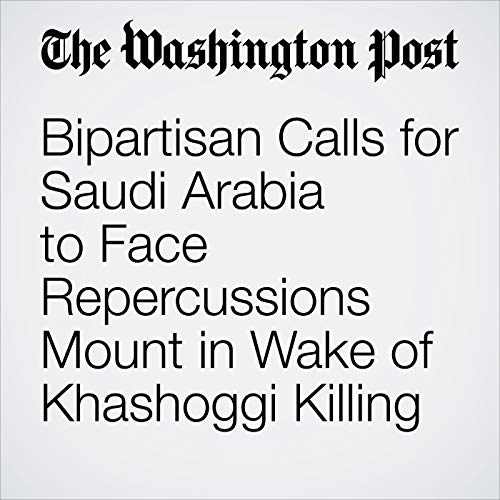 "Bipartisan Calls for Saudi Arabia to Face Repercussions Mount in Wake of Khashoggi Killing" is from the October 21, 2018 Politics section of The Washington Post. It was written by Peter Holley, Felicia Sonmez and Karoun Demirjian and narrated by Sam Scholl.