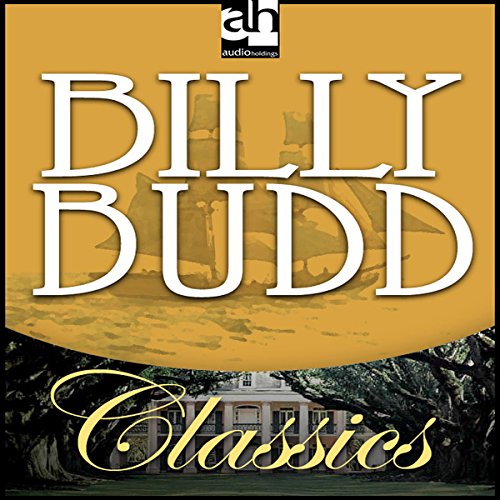 Billy Budd, a paragon of simple goodness and virile beauty, is press-ganged into the crew of HMS Indomitable in 1797, soon after the mutiny in the British fleet. Billy is popular with everyone on board except Claggart, the master-at-arms, a depraved and wicked man. His malice towards Billy results in a death, a court-martial and an execution at sea.
©2009 Public Domain (P)2009 Audio Holdings, LLC
Classici
Mostra di più Mostra meno

Pull on your thickest wool sweater, don your highest rain boots, and prepare to embark on a salty nautical adventure with literary master Herman Melville in this engrossing audiobook, performed with verve by voice actor Simon Jones.

Melville is the unparalleled king of seafaring intrigue and his novella Billy Budd tells the action-packed story of one man’s forced servitude in the British navy, where he makes friends and enemies alike and experiences the harsh realities of life at sea. Jones has a hale and hearty voice, almost of another time, which perfectly suits Melville’s somewhat archaic, highly literary style, and his pacing and emphasis draw out the inherent tensions of this gripping drama.