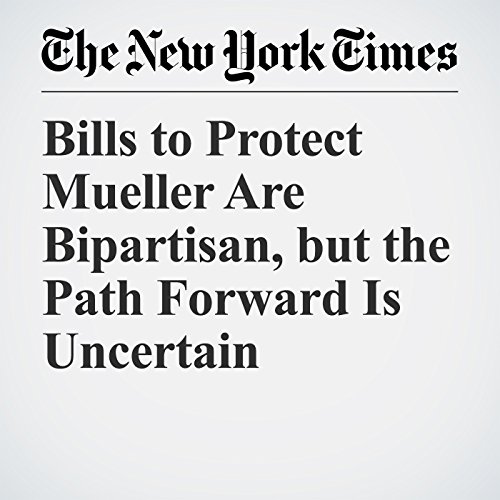 A majority of the Senate Judiciary Committee appeared on Tuesday to back legislation that would provide an added layer of job protection for Robert Mueller, the special counsel investigating Russian interference in last year’s election.

"Bills to Protect Mueller Are Bipartisan, but the Path Forward Is Uncertain" is from the September 26, 2017 U.S. section of The New York Times. It was written by Nicholas Fandos and narrated by Keith Sellon-Wright.