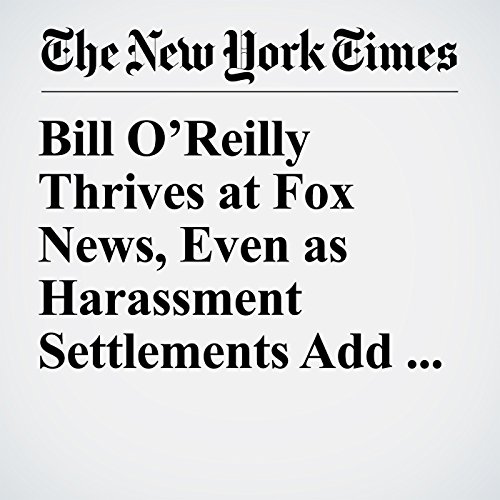 Bill O’Reilly Thrives at Fox News, Even as Harassment Settlements Add Up

For nearly two decades, Bill O’Reilly has been Fox News’ top asset, building the No. 1 program in cable news for a network that has pulled in billions of dollars in revenues for its parent company, 21st Century Fox.

Behind the scenes, the company has repeatedly stood by O’Reilly as he faced a series of allegations of sexual harassment or other inappropriate behavior.

"Bill O’Reilly Thrives at Fox News, Even as Harassment Settlements Add Up" is from the April 01, 2017 U.S. section of The New York Times. It was written by Emily Steel and Michael S. Schmidt and narrated by Caroline Miller.