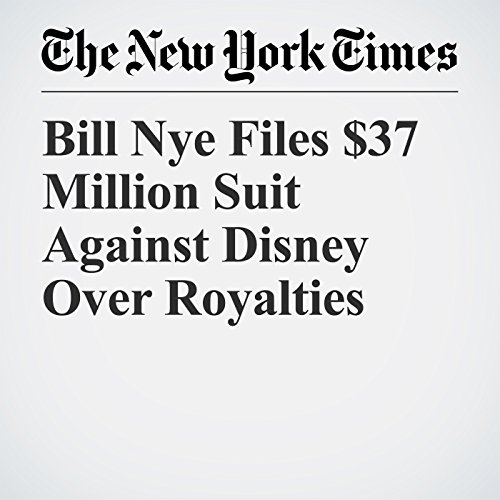 Bill Nye filed a $37 million lawsuit against the Walt Disney Co. and a number of its subsidiaries Thursday, alleging that he was deprived of $9 million in profits from his show, “Bill Nye the Science Guy,” which originally ran from 1993 to 1998 on PBS.

"Bill Nye Files $37 Million Suit Against Disney Over Royalties" is from the August 25, 2017 Entertainment section of The New York Times. It was written by Sopan Deb and narrated by Keith Sellon-Wright.