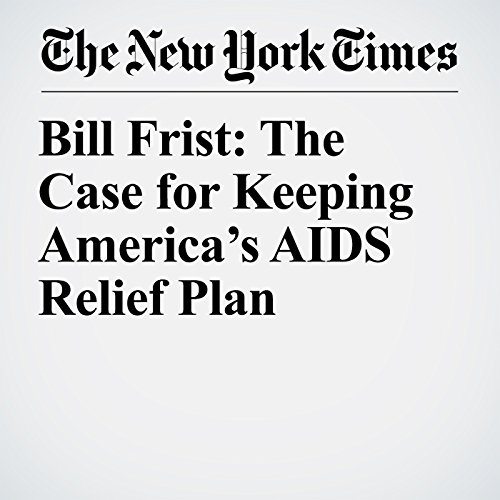 I have been treating patients in Africa and Haiti for 20 years. When I was Senate majority leader in 2003, I led the Senate’s passage of the plan, called Pepfar, on an overwhelming voice vote. It has since been reauthorized twice. Trump, like his predecessors, will have the chance to put his own stamp on this winning program.

"Bill Frist: The Case for Keeping America’s AIDS Relief Plan" is from the February 08, 2017 Opinion section of The New York Times. It was written by Bill Frist and narrated by Fleet Cooper.