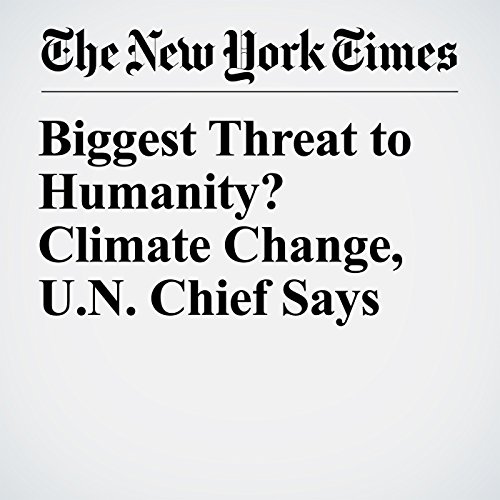 "Biggest Threat to Humanity? Climate Change, U.N. Chief Says" is from the March 29, 2018 World section of The New York Times. It was written by Somini Sengupta and narrated by Barbara Benjamin-Creel.