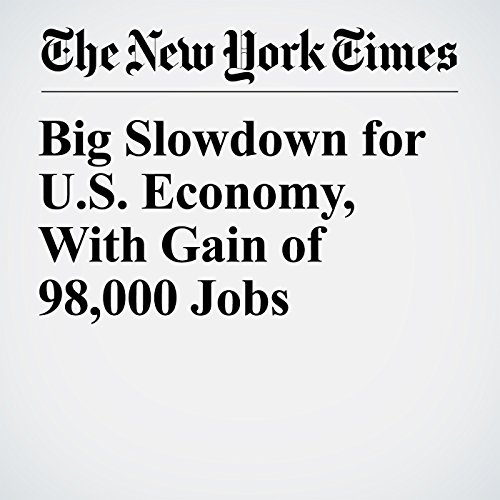 Job growth turned in a disappointing showing in March, according to data released Friday by the Labor Department. It is the latest official snapshot of the state of the American economy.

"Big Slowdown for U.S. Economy, With Gain of 98,000 Jobs" is from the April 07, 2017 Business section of The New York Times. It was written by Nelson D. Schwartz and narrated by Barbara Benjamin-Creel.