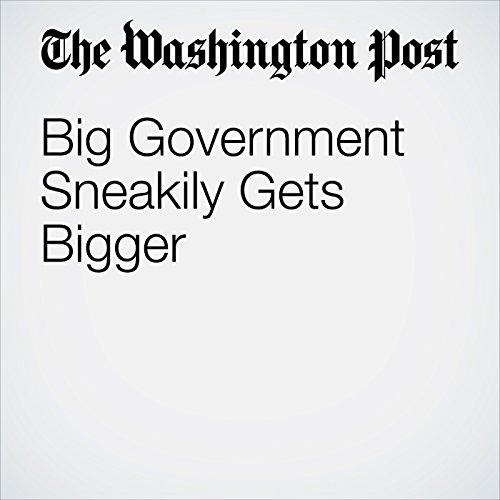 In 1960, when John Kennedy was elected president, America’s population was 180 million and it had approximately 1.8 million federal bureaucrats (not counting uniformed military personnel and postal workers). Fifty-seven years later, with seven new Cabinet agencies, and myriad new sub-Cabinet agencies (e.g., the Environmental Protection Agency), and a slew of matters on the federal policy agenda that were virtually absent in 1960 (health insurance, primary and secondary school quality, crime, drug abuse, campaign finance, gun control, occupational safety, etc.), and with a population of 324 million, there are only about 2 million federal bureaucrats.

"Big Government Sneakily Gets Bigger" is from the February 24, 2017 Opinion section of The Washington Post. It was written by George F. Will and narrated by Jill Melancon.