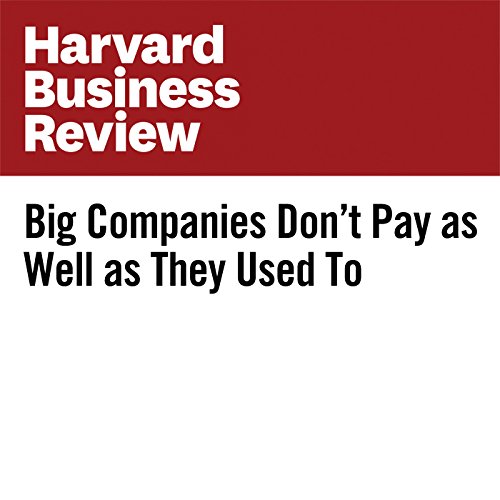 For much of the 20th century, workers at big companies were paid better than workers at small ones. An employee of a company with more than 500 employees historically earned 30%–50% more than someone doing the same job at a firm with fewer than 25 employees, for instance. But the pay gap between large and small companies has narrowed in recent years, and that decline is one reason for rising inequality in America.