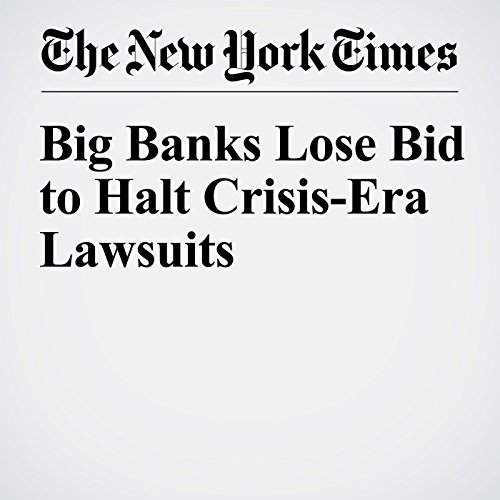 The Supreme Court has rebuffed an effort by some of the country’s largest banks to halt several financial crisis-era lawsuits that could result in tens of billions of dollars in legal costs.

"Big Banks Lose Bid to Halt Crisis-Era Lawsuits" is from the January 10, 2017 Business section of The New York Times. It was written by Victoria Finkle and narrated by Keith Sellon-Wright.