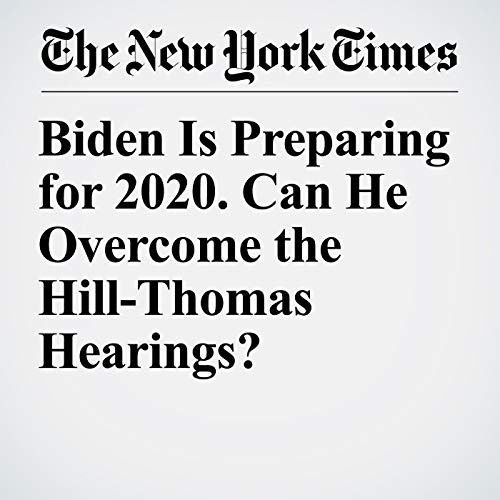 PROVIDENCE, R.I. — At a Democratic rally in a downtown ballroom Sunday evening, Gov. Gina Raimondo of Rhode Island spoke vividly about the Senate hearings on the sexual assault allegations against Judge Brett Kavanaugh, saying her “stomach turned” as she watched. Sen. Sheldon Whitehouse, D-R.I., was indignant, vowing “no more Kavanaughs” if the Democrats win control of the Senate in November.

"Biden Is Preparing for 2020. Can He Overcome the Hill-Thomas Hearings?" is from the October 01, 2018 U.S. section of The New York Times. It was written by Alexander Burns and Jonathan Martin and narrated by Keith Sellon-Wright.

Cosa pensano gli ascoltatori di Biden Is Preparing for 2020. Can He Overcome the Hill-Thomas Hearings?