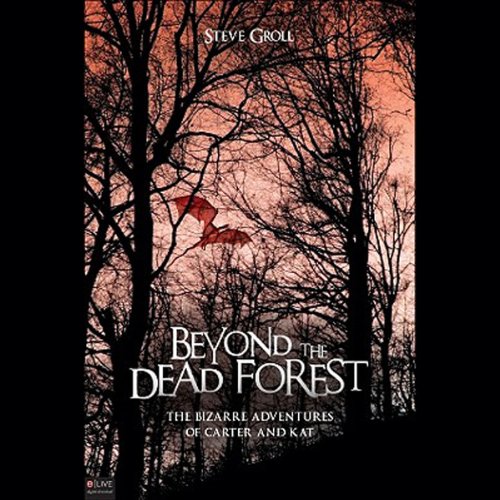 It just appeared one day out of nowhere - a dead forest that the partners had never seen before. Carter and Kat think they know every tree, river, and rock within five miles of their homes, but this section of wood, completely devoid of life, was not supposed to exist. Stepping through a doorway into a bizarre world filled with darkness, terror, and death, they embark on a quest to discover the greatest treasure of all. Aided by a strange old man they called the Guardian, and armed with spiritual weapons, their wits, and a growing arsenal of wisdom, they battle against forces of darkness that are determined to destroy them. Hitch a wild ride with the arrogant Mr. Stewborn with a raving madman in hot pursuit. Come stay awhile in the inescapable People Rule Inn and experience a place where nightmares are real. Travel through the depressing Valley of Shadows, and meet dark creatures you have never imagined. Join Carter and Kat as they venture Beyond the Dead Forest and discover, with our heroes, the unsurpassable riches of wisdom that can empower you to change your life and your world.

Author of the award winning E-book Visual Illustrations, Steve Groll is an ordained minister and graduate of Golden Gate Baptist Theological Seminary. He has worked in California churches for forty years, and has a special calling and love of working with children. He has served as camp pastor, guest speaker at children retreats, led children revivals, and is presently serving as children's pastor at the First Southern Baptist Church in Palm Springs, California. Steve and his wife, Paulette, live in Cathedral City, California where they have lived and served for the past twenty years.