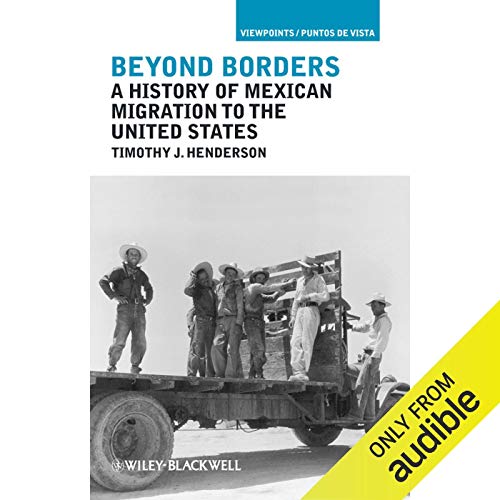 Beyond Borders: A History of Mexican Migration to the United States details the origins and evolution of the movement of people from Mexico into the United States from the first significant flow across the border at the turn of the 20th century up to the present day.

A well written, interesting writing on a history that is absolutely essential to fully understand the issues surrounding immigration.

Would you listen to Beyond Borders again? Why?

Have you listened to any of David Doersch’s other performances before? How does this one compare?

His voice was very easy to listen to -

this book explains a lot. you can tell the author did his home work! 5 stars.