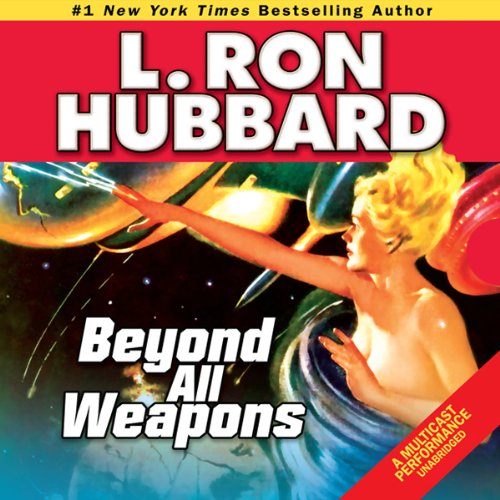 Firsten Guide is a tough, wise-cracking rebel leader who’s light years ahead of his time - and about to lead his crew into a battle that’s Beyond All Weapons.

He and his fellow colonizers of Mars have faced a brutal crackdown engineered by Earth’s tyrannical government. But the resourceful Firsten has developed an extraordinary new fuel that enables him and his hardy band to escape into space - and time.

Escape, however, is not enough. Firsten wants revenge. But the universe is full of unexpected twists and turns. Just as Prometheus flew too close to the sun, Firsten will soon discover that when you attempt to break the laws of physics, you can get burned.

Also includes the science fiction adventures “Strain”, the story of a space war’s brutality and one man’s struggle to keep a secret under the pain of torture; and “The Invaders”, in which the distant crystal mines are under attack until a technician crystallizes a unique strategy to undermine the attackers.

“A thrilling space adventure...the terror and excitement builds through to the end.” (Publishers Weekly)