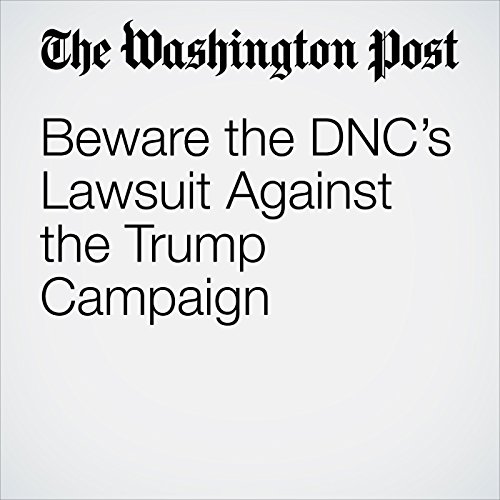 Beware the DNC’s Lawsuit Against the Trump Campaign

Many Americans might be sympathetic to the Democratic National Committee’s lawsuit against the Russian government, WikiLeaks and the Trump campaign, alleging that they conspired to hack the DNC’s servers and disseminate stolen emails during the 2016 election. After all, Moscow assaulted our democracy and should pay for it.

"Beware the DNC’s Lawsuit Against the Trump Campaign" is from the May 15, 2018 Opinion section of The Washington Post. It was written by Nathaniel A.G. Zelinsky and narrated by Sam Scholl.