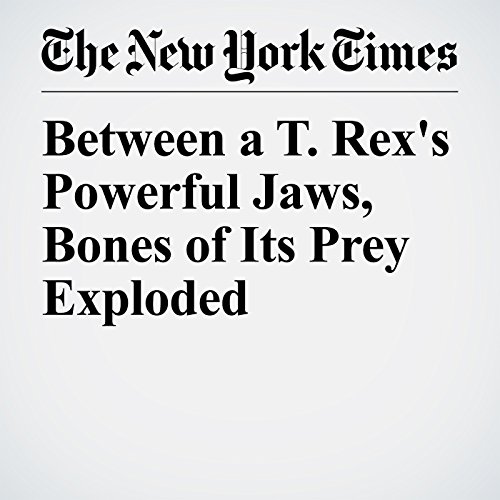 It’s no surprise that the Tyrannosaurus rex had a mighty bite, but just how powerful were its gigantic chompers? A study published Wednesday suggests that the terrifying carnivore crushed its prey with a jaw-dropping 7,800 pounds of force — more than double what any living species can deliver.

"Between a T. Rex's Powerful Jaws, Bones of Its Prey Exploded" is from the May 18, 2017 Science section of The New York Times. It was written by Nicholas St. Fleur and narrated by Jef Holbrook.