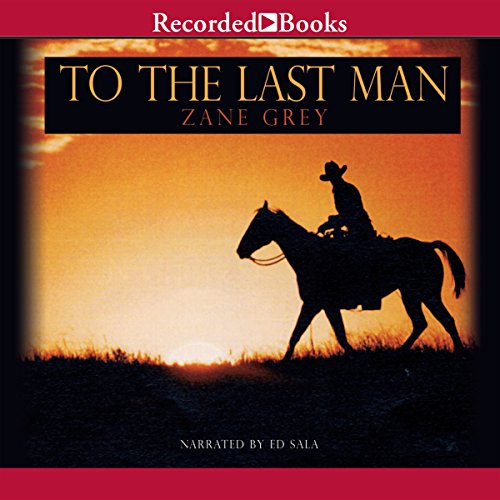 Zane Grey is America’s most beloved author of Western novels. Set during the American Revolution, the Fort Henry Saga is based on the lives of Grey’s own ancestors. The war is winding down when the pioneers at Fort Henry must fight off a fierce Indian attack. Their only hope lies with Betty Zane, who must run a deadly gauntlet.

On the Ohio River, near present-day Wheeling, West Virginia, brave pioneers are preparing to defend their young settlement, Fort Henry, from a combined force of Shawnees, Delawares, and Brits. Betty Zane, sister of the fort's commander, newly returned from big-city life in late eighteenth-century Philadelphia, finds the frontier challenging and exciting. In one daring moment of a particularly bloody siege she risks her life to protect her family, friends, and, most of all, the soldier she loves from certain death. Ed Sala's rough-hewn voice perfectly suits both coarse backwoodsmen and fierce Native Americans. Sala's female characters are real, too, and his voice helps confirm their steely resolve.