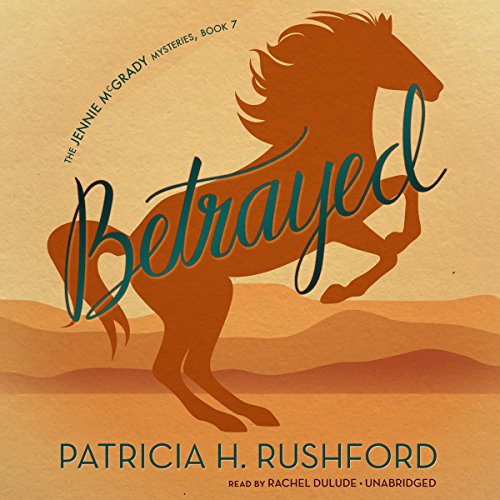 How deep does revenge run?

Jennie McGrady is anxious to fly to Montana after her uncle, a full-blooded Indian and the owner of Dancing Waters Ranch, is injured by a bomb explosion meant to kill. Jennie is determined to solve the crime, but her instincts tell her she's not in friendly territory.

Her cousin Heather White Cloud is a beautiful Indian princess with a less-than-noble attitude. Jennie had hoped to befriend her cousin, but Heather is as cold as ice and determined to escape the home she calls a prison.

Chad Elliot, on the other hand, came to Montana to reclaim the land his grandfather once owned - Dancing Waters Ranch. He's lost his case in court, but has he decided to take the law into his own hands?

I started reading the Jennie McGrady mysteries years ago and was delighted to find them in audiobook as well! Can't wait for the next one!!!