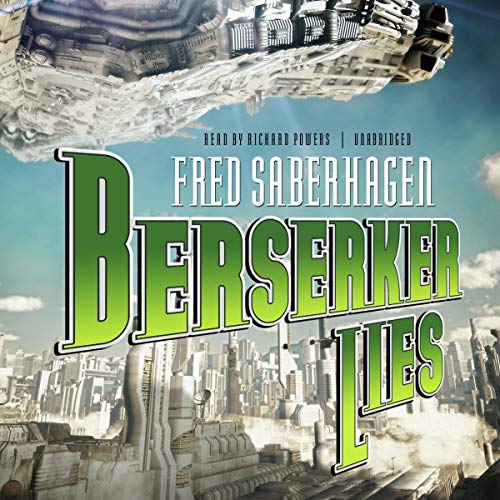 Our wars were behind us. Mankind was moving out from the planet of its birth. New worlds were settled, and with the wealth of the galaxy at hand, poverty was eliminated. Then, out of a clear summer sky, came the first berserker attack.

The great battles began between life and non-life, between free-thinking humankind and the preprogrammed killing machines we came to call berserkers. And some of those battles would be waged with lies.

This collection of short stories continues the ongoing saga of the berserker wars with “The Machinery of Lies”, “Masque of the Red Shift”, “In the Temple of Mars”, “Brother Berserker”, and “Smasher.”

“[The berserkers] attain a kind of perverse stature that makes them worthy stand-ins for the dark side of human nature.” (New York Times)

More fine stuff from Saberhagen. But...

I remain impressed that three decades after the author first conjured up these marauding machines the well hasn't run dry.

Be advised that the audio-book's description is not what it contains. Yes, its about berserkers, yes its by Saberhagen. But its a collection of four short stories not a novel length yarn the description implies. Nor is it, as audible.com states, from humanity's first encounter with these relentless foes.