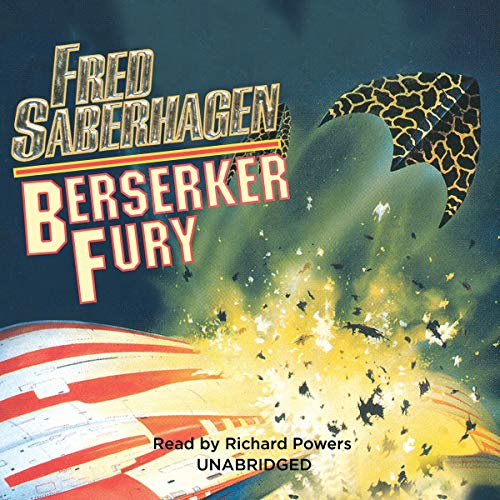 Before George Lucas's Death Star, before Star Trek's Doomsday Machine, came the Berserkers, intelligent, space-faring killing machines whose sole purpose is to destroy all life. The Berserkers have developed a new trick: Berserker units that can pass for human-created androids. They're gambling on the advantage this gives them and massing for an all-out attack on human-held space.

But the humans have developed a trick of their own. They've cracked the Berserkers' basic codes and know what their battle plans are. Both sides are betting everything they have. For one of them, it will be the beginning of the end.

"[A] battle royal to decide Earth's fate is in prospect. Plenty of well orchestrated maneuvers and action." (Kirkus Reviews)

If this had been written as a stand alone book, with something/someone other than Berserkers as the antagonists, it might have worked better.

Of the two main plots in the book, the first - a tale of betrayal and redemption - might have made for a decent short story, if the main conflict was resolved. It wasn't, and the ending leaves you wondering what the point of the tale was. But the second plot, a "wink-wink-nudge-nudge" retelling of the Battle of Midway, would have been better told outside the Berserker universe. The effort to shoehorn WWII era technology and tactics into a Berserker tale is jarring for those who've been exposed to any of the other Berserker books. Whereas the other stories have warships with typically half-a-dozen crew, in Berserker Fury these have morphed into massive 2000-man behemoths with "flight decks". Beam and missile weapons have been replaced by "under-slingers" and dive bombers. The depiction of Solarian and Berserker military technology and the battles in this book are completely out of line with the rest of the canon. The only fun I had with Berserker Fury was trying to catch all the Midway references ("Bowman"="Fletcher", "Stinger"="Hornet", "Port Diamond"="Pearl Harbour" etc).

Paul Garcia's narration was excellent as usual, but isn't enough to save this mash-up.

Not a typical Berserker book...

If you like repetative, vague, "blow-by-blow" descriptions of poorly formulated space battles, you'll love this addition to the Berserker Saga. Although there are several promising and interwoven human stories they are never fully developed and seen to be allowed to expire from neglect once some minimum word count was reached.

Instead of focusing on the human dramas like most of the Berserker books this trys to simulate the space battles of StarWars and StarTrek... and totally fails. Two starship fleets that can bearly see each other lobbing nukes back and forth is not exciting reading. Sorry but a can't recommend this book...