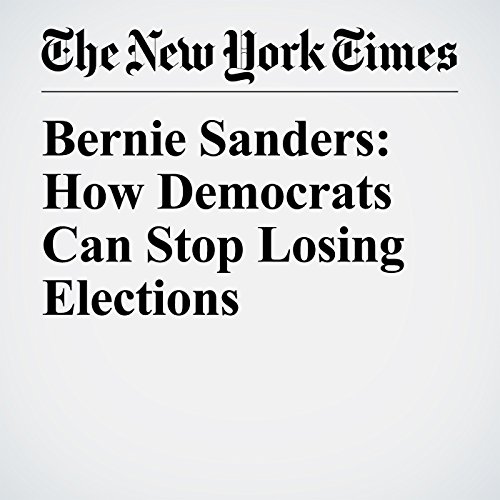 In 2016, the Democratic Party lost the presidency to possibly the least popular candidate in American history. In recent years, Democrats have also lost the Senate and House to right-wing Republicans whose extremist agenda is far removed from where most Americans are politically. Republicans now control almost two-thirds of governor’s offices and have gained about 1,000 seats in state legislatures in the past nine years. In 24 states, Democrats have almost no political influence at all.

"Bernie Sanders: How Democrats Can Stop Losing Elections" is from the June 13, 2017 Opinion section of The New York Times. It was written by Bernie Sanders and narrated by Keith Sellon-Wright.