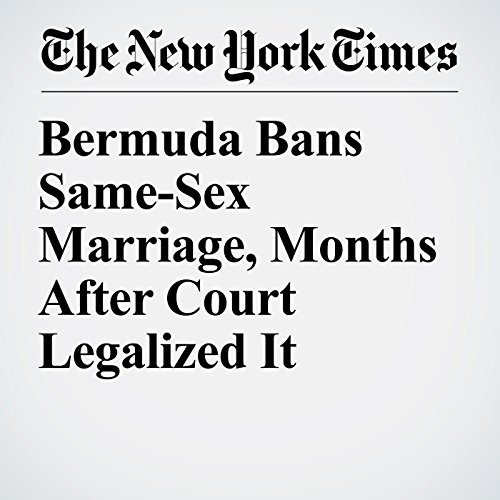 At a time when support for same-sex marriage seems to be slowly advancing in some parts of the world, legislators in Bermuda have restored a ban on the unions, just six months after the island’s highest court approved them.

"Bermuda Bans Same-Sex Marriage, Months After Court Legalized It" is from the December 14, 2017 World section of The New York Times. It was written by Alan Cowell and narrated by Keith Sellon-Wright.