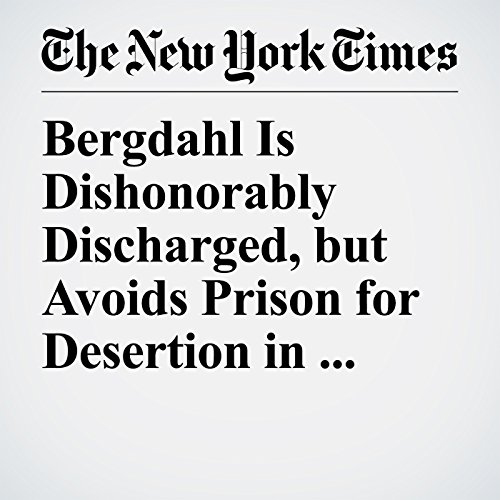 Sgt. Bowe Bergdahl was dishonorably discharged from the Army on Friday by a military judge, but received no prison time for desertion and endangering troops, ending a drama that began more than eight years ago in war-torn Afghanistan.

"Bergdahl Is Dishonorably Discharged, but Avoids Prison for Desertion in Afghanistan" is from the November 03, 2017 U.S. section of The New York Times. It was written by Richard A. Oppel Jr. and narrated by Mike DelGaudio.