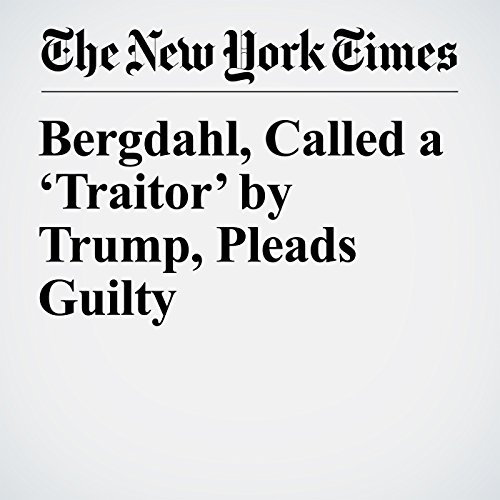 Sgt. Bowe Bergdahl, who walked off his base in Afghanistan in 2009, setting off a military manhunt and political furor, pleaded guilty to desertion and misbehavior before the enemy Monday before a military judge here.

"Bergdahl, Called a ‘Traitor’ by Trump, Pleads Guilty" is from the October 16, 2017 U.S. section of The New York Times. It was written by Richard A. Oppel Jr. and narrated by Keith Sellon-Wright.