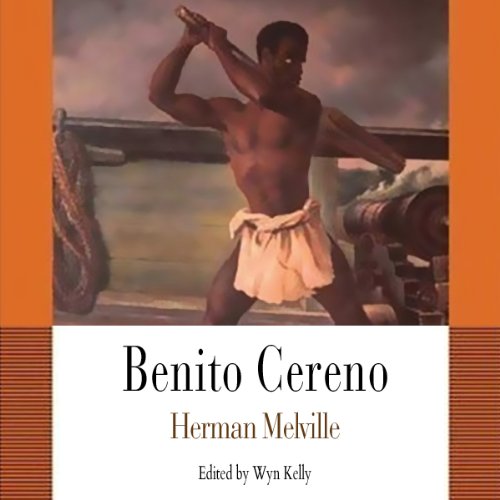 This is the epic sea adventure, a harrowing tale of slavery and revolt aboard a Spanish ship, is often regarded as Melville's finest short story. The balance of forces is complete, the atmosphere one of epic significance, the light cast upon the hero intense to the highest degree, the realization of the human soul profound, and the telling of the story orchestrated like a great symphony.
Public Domain (P)2009 Blackstone Audio, Inc.
"The noblest short story in American literature." (Edward J. O'Brian)

The literary equivalent of a caste painting from the same time

Somehow still part of the literature canon, this garbage book book tells a tale; stacked full of sexualization of humans described as animals , perverse notions of civility, of clear anti-Blackness, a hierarchy amongst whites on a spectrum of white supremacy, offers a horrific glimpse into a celebration of nautical torment and hypocracy that a group of enslaved people might fight against them who abducted them to make a way back to their home of origin is a criminal act.

And stop doing accents if it is not your own.

Racist Attrocities as Literature and Entertainment

Melville uncloaks himself as more than just "a man of his times". With prolix prose he reports the horror of a Spanish slave ship overrun by it's human freight.

Written for his white audience only once, euphemistically, does he cast light moral doubt on slavery among the many, many references to the popular tropes of racism, inferiority, and miscegenation.

Readers are expected to recoil at black on white violence and thank Jesus for the divine justice and retribution meted out to the blacks.

#BLM and another statue falls. ✊

Would you consider the audio edition of Benito Cereno to be better than the print version?

The audio version enhances reading this 19th Century masterpiece. It is not a substitute. I did both read and listen.

My favorite character is Melville. While he is not a character in the book, it is his language-so baroque and atmospheric- that perfectly imparts his tale of mystery and fog and remote Chilean seacoasts. Impending violence is swimming just under the surface. Just as in the big book he wrote about a sea captain and a whale.

The American sea captain. I thought SR artfully hinted at the captain's developing suspicions and how those suspicions had to be sorted out in the face of the Captain's observations and his essentially generous and kind nature.

It didn't make me laugh or cry. But it did remind that the events we read about in our post 911 era are not so different than even 19th century challenges.

This is a book you can (and probably should) read/listen in one sitting. It is one of Melville's best and is not a huge commitment.

My word! This could be used for instruction only.

This well written and well narrated story was painful to listen to. I believe one needs to understand the non-black peoples in this story were raised believing... And ,unfortunately, scenarios such as this have been repeated since man was able to travel and subdue other peoples.

Novella that reveals Melville’s gifts in a much easier format than Moby Dick. Incredible historical fiction that is well worth the three hours to listen. Highly recommend.