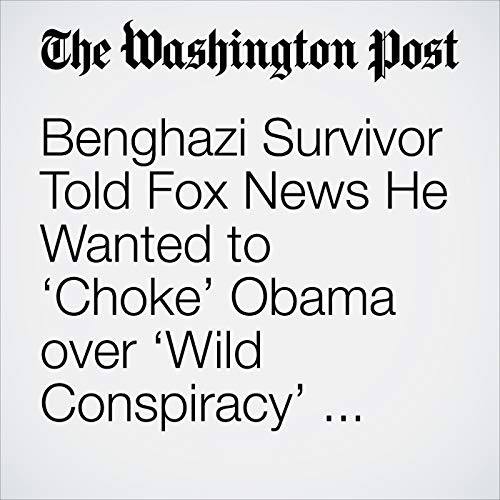 Six years ago Tuesday, Islamist militants laid siege to the U.S. mission in Benghazi, Libya. Kris “Tonto” Paronto was there that night.

"Benghazi Survivor Told Fox News He Wanted to ‘Choke’ Obama over ‘Wild Conspiracy’ Comments" is from the September 10, 2018 National section of The Washington Post. It was written by Alex Horton and narrated by Sam Scholl.