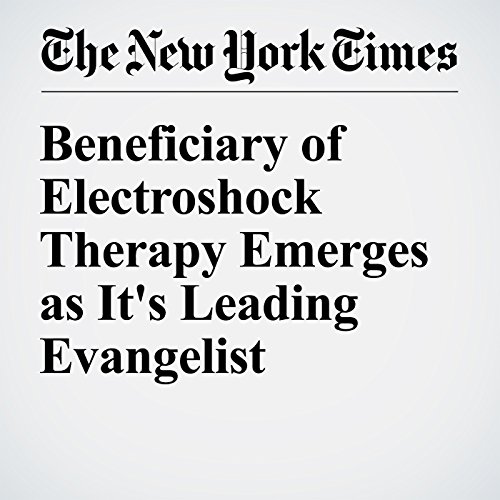 When Michael Dukakis lost the presidential election in 1988, his wife, Kitty, felt as if she had been squashed in a compactor, all the air forced out of her. Her even-keeled husband went back to work as governor of Massachusetts; she started binge drinking.

"Beneficiary of Electroshock Therapy Emerges as It's Leading Evangelist" is from the December 31, 2016 US section of The New York Times. It was written by Katharine Q. Seelye and narrated by Keith Sellon-Wright.