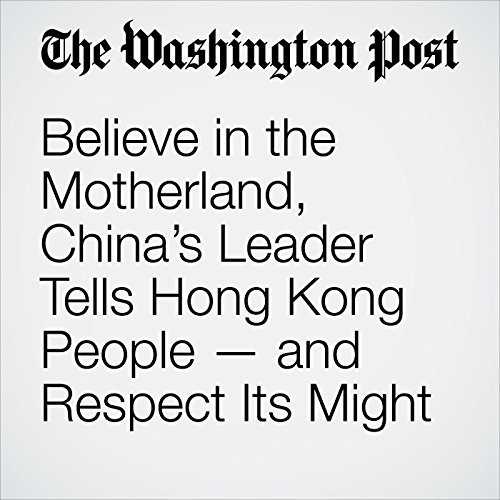 China staged the territory’s largest military parade ever Friday for the benefit of visiting President Xi Jinping, and as a none-too-subtle reminder to its residents of who’s their boss.

"Believe in the Motherland, China’s Leader Tells Hong Kong People — and Respect Its Might" is from the June 30, 2017 World section of The Washington Post. It was written by Simon Denyer and narrated by Kristi Burns.