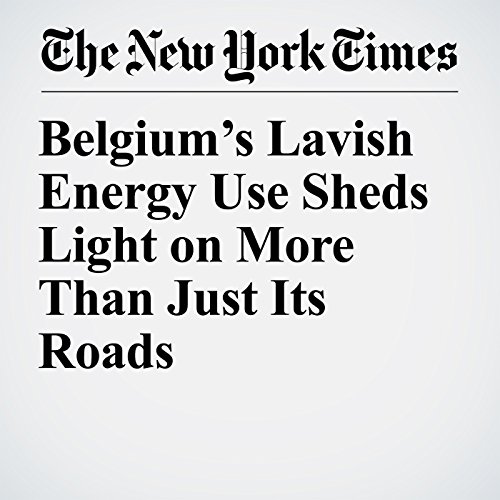 When an astronaut took nighttime pictures of Europe from the International Space Station this year, one nation stood out far below on the twinkling surface of the Earth: Belgium. It is the only country in Europe to keep nearly all of its 2.2 million streetlights on through the night, making it a world leader in light pollution and easily identifiable even from space.

"Belgium’s Lavish Energy Use Sheds Light on More Than Just Its Roads" is from the December 13, 2017 World section of The New York Times. It was written by Milan Schreuer and narrated by Keith Sellon-Wright.