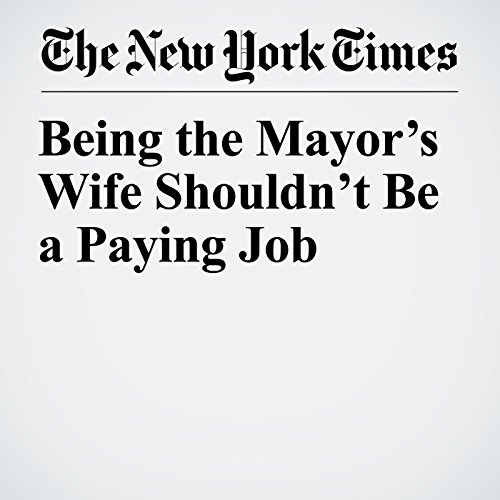 NEW YORK — No doubt, Mayor Bill de Blasio convinced himself that he was raising consciousness. But mostly he raised eyebrows, sky high, with a lament that his wife, Chirlane McCray, isn’t allowed to collect a paycheck on the taxpayer’s dime.

"Being the Mayor’s Wife Shouldn’t Be a Paying Job" is from the March 12, 2018 Opinion section of The New York Times. It was written by Clyde Haberman and narrated by Kristi Burns.