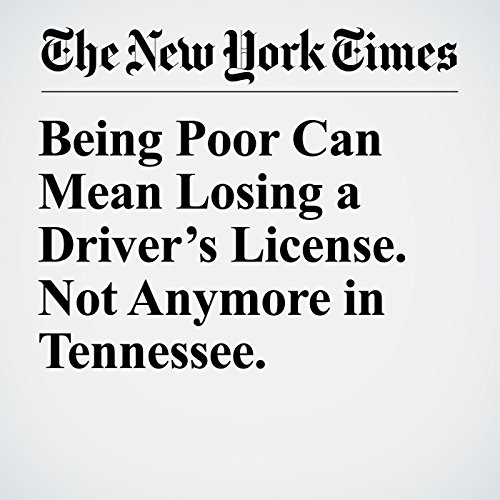 Millions of Americans have had their driver’s licenses taken away not because they got drunk and got behind the wheel, or because they caused an accident and hurt someone: They lost their licenses because they were too poor to pay court costs or traffic fines, which can run into hundreds and sometimes thousands of dollars.

"Being Poor Can Mean Losing a Driver’s License. Not Anymore in Tennessee." is from the July 04, 2018 U.S.section of The New York Times. It was written by Richard A. Oppel Jr. and narrated by Barbara Benjamin-Creel.