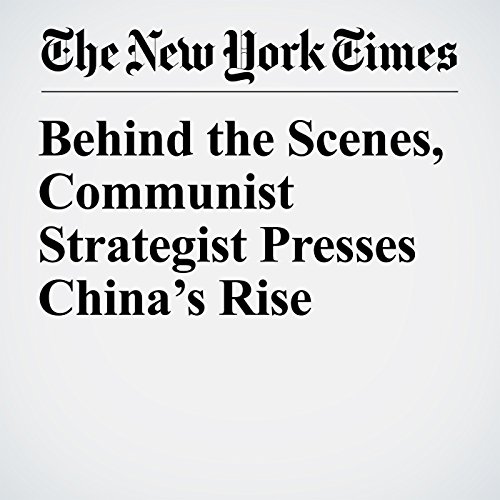 He did not attend President Donald Trump’s meeting with Xi Jinping last week, but his ideas and advice almost certainly helped shape it: Few in the Communist leadership have pressed China’s effort to surpass the United States for as long as Wang Huning, a shrewd strategist who has served three Chinese presidents from behind the scenes.

"Behind the Scenes, Communist Strategist Presses China’s Rise" is from the November 13, 2017 World section of The New York Times. It was written by Jane Perlez and narrated by Kristi Burns.