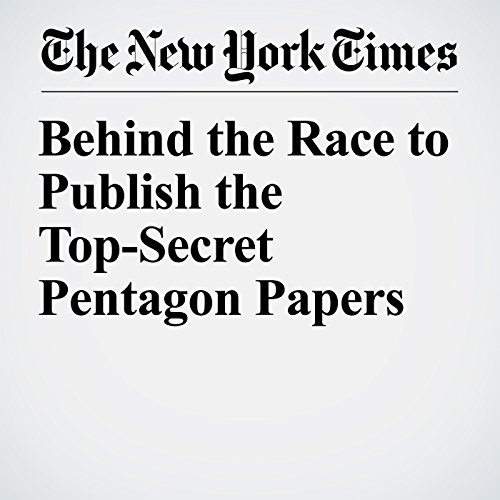 In 1971, Neil Sheehan, a New York Times reporter in Washington, scored the scoop of a lifetime.Daniel Ellsberg, a former military analyst, had become disillusioned with the Vietnam War and decided to leak a top-secret history of the decision-making behind the conflict. Frustrated by his attempts to have lawmakers draw attention to the cache, now known as the Pentagon Papers, Ellsberg turned to The Times and, later, almost 20 other newspapers.

"Behind the Race to Publish the Top-Secret Pentagon Papers" is from the December 20, 2017 U.S. section of The New York Times. It was written by Niraj Chokshi and narrated by Kristi Burns.