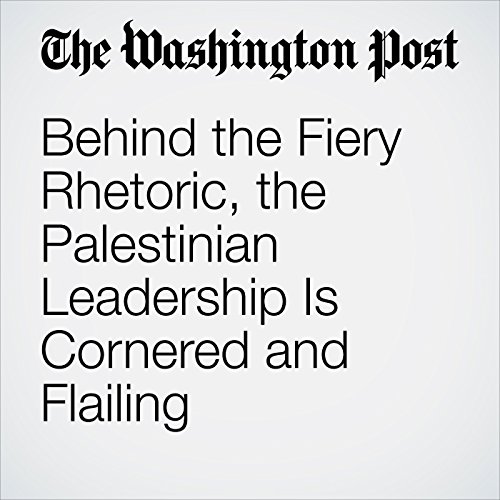 It was 48 hours of bitter, fighting talk from Palestinian leaders as they scrambled to formulate a response to President Trump's Jerusalem decision and a nascent peace plan they said is biased in Israel's favor. But analysts and political observers say the talk will likely remain just that: talk.

"Behind the Fiery Rhetoric, the Palestinian Leadership Is Cornered and Flailing" is from the January 16, 2018 World section of The Washington Post. It was written by Loveday Morris and narrated by Sam Scholl.