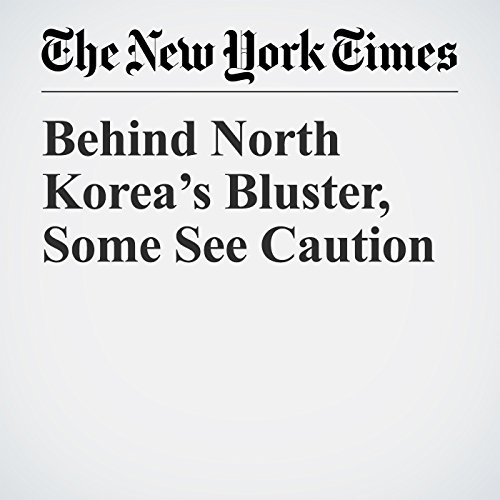 In the dead of night Saturday, U.S. B-1B long-range bombers, escorted by F-15 fighter jets, prowled along North Korea’s east coast, in one of the U.S. military’s most daring maneuvers on the peninsula in decades.

"Behind North Korea’s Bluster, Some See Caution" is from the September 26, 2017 World section of The New York Times. It was written by Choe Sang Hun and narrated by Kristi Burns.