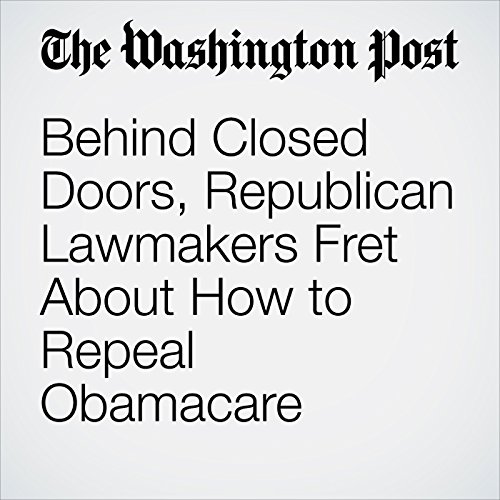 Behind Closed Doors, Republican Lawmakers Fret About How to Repeal Obamacare

The recording reveals a GOP that appears to be filled with doubts about how to make good on a long-standing promise to get rid of Obamacare without explicit guidance from President Trump or his administration. And the thorny issues lawmakers grapple with on tape — including who may end up either losing coverage or paying more under a revamped system — highlight the financial and political challenges that flow from upending the current law.

"Behind Closed Doors, Republican Lawmakers Fret About How to Repeal Obamacare " is from the January 27, 2017 Politics section of The Washington Post. It was written by Mike DeBonis and narrated by Jill Melancon.