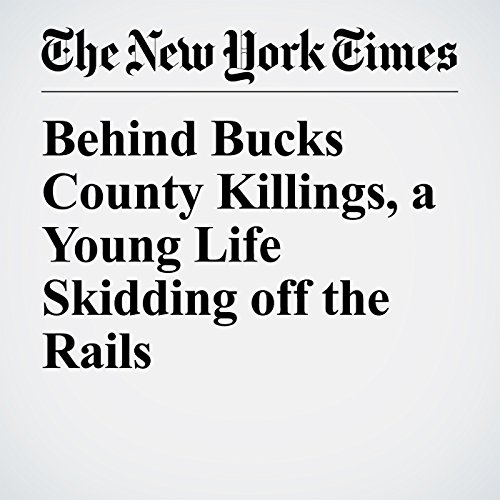 Behind Bucks County Killings, a Young Life Skidding off the Rails

In his 20 years, Cosmo DiNardo has always loomed large — an heir to a real estate and construction fortune in suburban Philadelphia. For close friends, he was flashy but giving, offering clothes, shoes and cash to those from poorer families.But the signs of a volatile, bullying personality became steadily more pronounced over time, especially after an ATV accident last year. Many who knew DiNardo said his mood became especially dark.

"Behind Bucks County Killings, a Young Life Skidding off the Rails" is from the July 17, 2017 U.S. section of The New York Times. It was written by Trip Gabriel, Matthew Haag and Jon Hurdle and narrated by Keith Sellon-Wright.