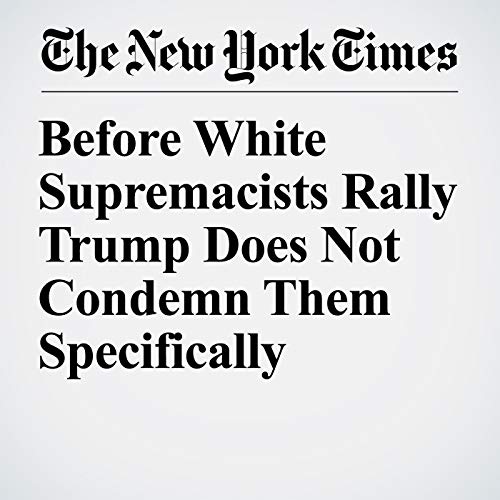 As white nationalists planned to gather in front of the White House on Sunday to mark the anniversary of last year’s violent rally in Charlottesville, Virginia, President Donald Trump denounced “all types of racism” but did not specifically condemn the supremacists.

"Before White Supremacists Rally Trump Does Not Condemn Them Specifically" is from the August 11, 2018 U.S. section of The New York Times. It was written by Noah Weiland and narrated by Kristi Burns.