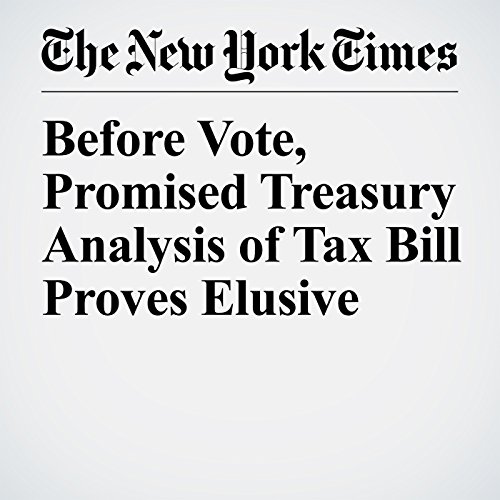 Just one day before the full Senate prepares to vote on a sweeping tax rewrite, the administration has yet to produce the type of economic analysis that it is citing as a reason to pass the tax cut.

"Before Vote, Promised Treasury Analysis of Tax Bill Proves Elusive" is from the November 30, 2017 U.S. section of The New York Times. It was written by Alan Rappeport and narrated by Kristi Burns.