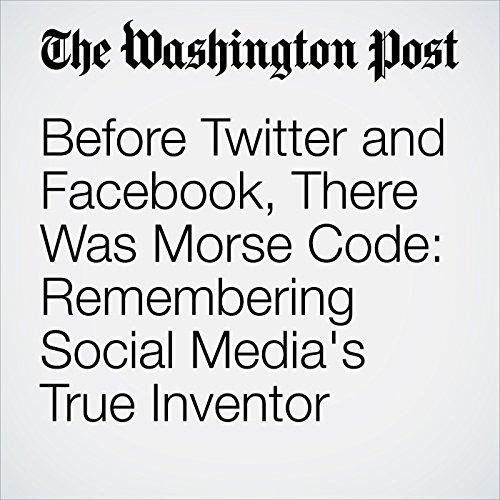 "Before Twitter and Facebook, There Was Morse Code: Remembering Social Media's True Inventor" is from the May 24, 2017 Tech section of The Washington Post. It was written by Michael S. Rosenwald and narrated by Sam Scholl.