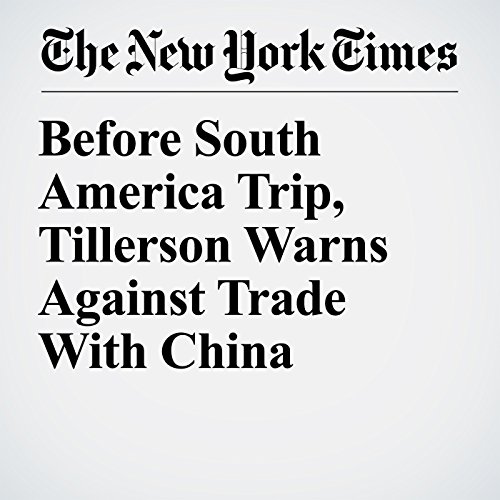 Ahead of his first trip as secretary of state to South America, Rex W. Tillerson warned countries in the Western Hemisphere on Thursday about the dangers of the region’s growing trade with China and Russia.

"Before South America Trip, Tillerson Warns Against Trade With China" is from the February 01, 2018 U.S. section of The New York Times. It was written by Gardiner Harris and narrated by Mike DelGaudio.