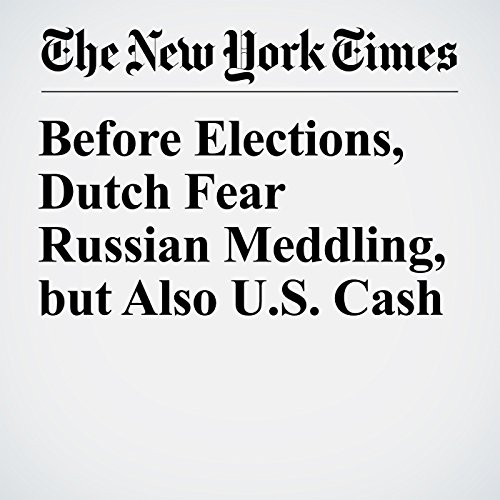 The parochial world of Dutch elections is not often seen as a hotbed of foreign intrigue. But in recent months, an unexpected worry has emerged: the influence of American money.

"Before Elections, Dutch Fear Russian Meddling, but Also U.S. Cash" is from the March 07, 2017 World section of The New York Times. It was written by Danny Hakim and Christopher F. Schuetze and narrated by Caroline Miller.