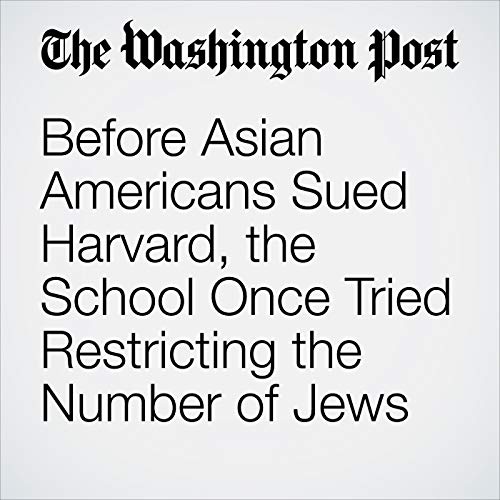 In the early 20th century, some of Harvard’s leaders were deeply upset. Jews — “Hebrews” as they were dubbed at the Cambridge campus — were on the rise. Harvard’s president, Abbott Lawrence Lowell, was pushing for a cap. Fifteen percent seemed just the right amount to him. But to investigate the dilemma even further, Harvard decided to count the number of Jews enrolled between 1900 and 1922. The university wanted to see the exact rising slope of its Jewish demographic.

"Before Asian Americans Sued Harvard, the School Once Tried Restricting the Number of Jews" is from the September 14, 2018 National section of The Washington Post. It was written by Ian Shapira and narrated by Jenny Hoops.