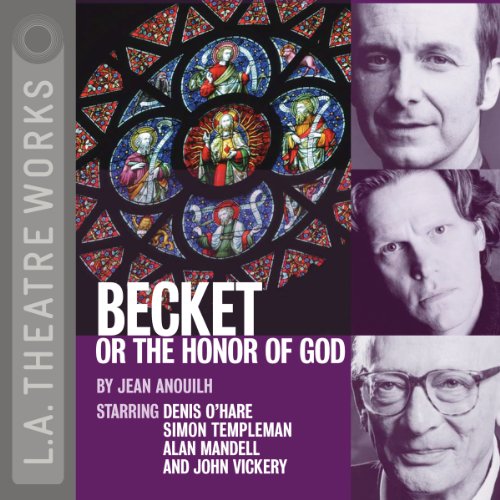 After helping to murder Becket, King Henry II is haunted by memories of their passionate friendship. Appointing Becket as Archbishop was the King's greatest mistake, for Becket finds his allegiance shifting from king and country to God and Church.

Dreadful version of a wonderful play.

Becket is a terrific play with interesting ideas about the relationship between religion and the State, as well as about friendship in high places. However, this cast does not have a clue about how to approach the author's lovely language. It's like listening to sitcom Shakespeare. The actor playing Becket is particularly bad. See Becket on stage--even a high school production would be superior to this painfully poor version!