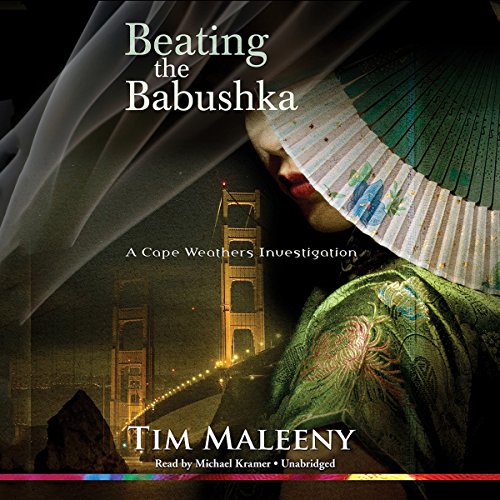 A movie producer hurtles to his death from the top of the Golden Gate Bridge, an apparent suicide that shocks the film community and jeopardizes a $200 million production.

The victim’s colleague, Grace, doesn’t believe it was suicide and turns to private detective Cape Weathers to find the truth. To solve the case, Cape and his friend Sally, an assassin raised by the Triads, take on the Russian mob, a major movie studio, and a recalcitrant police department by enlisting the help of rogue cops, computer hackers, and an investigative journalist who just doesn’t give a damn. But with a sniper on their trail, the challenge will be staying alive long enough to find out the truth.

narrator is outsanding but story sucks

The story sounded like producing movies was "a higher calling"

the subject matter waa boring and the characters were fairly weak except for the main character and the 2 police friends.

overall disappointing but I listened to it all because while hearing Kramer's narration I remembered other stories that came to mind at various points in this boring story.