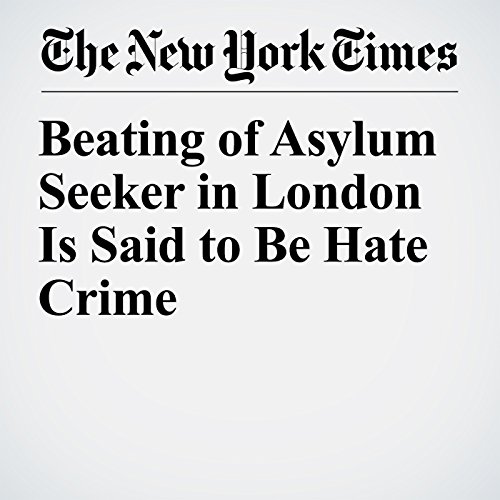 The Kurdish-Iranian teenager was waiting with friends at a bus stop in south London when a gang of men and women in their 20s cornered him and asked him in aggressive tones where he was from.

"Beating of Asylum Seeker in London Is Said to Be Hate Crime" is from the April 03, 2017 World section of The New York Times. It was written by Dan Bilefsky and narrated by Keith Sellon-Wright.