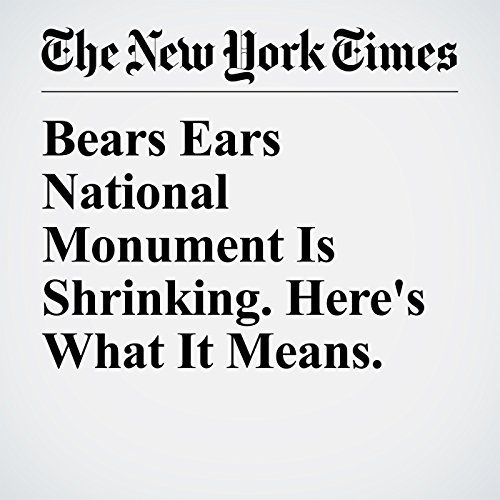 Bears Ears National Monument has become a focus for conservation groups and other organizations that oppose the Trump administration’s drive to open up public lands for development, agriculture, mining and other uses. Companies like Patagonia and REI have strongly supported keeping Bears Ears and other monuments intact. Here’s a closer look at some of the sites that remain under protection, and those that have been cut out.

"Bears Ears National Monument Is Shrinking. Here's What It Means." is from the December 08, 2017 U.S. section of The New York Times. It was written by Nadja Popovich and narrated by Mike DelGaudio.