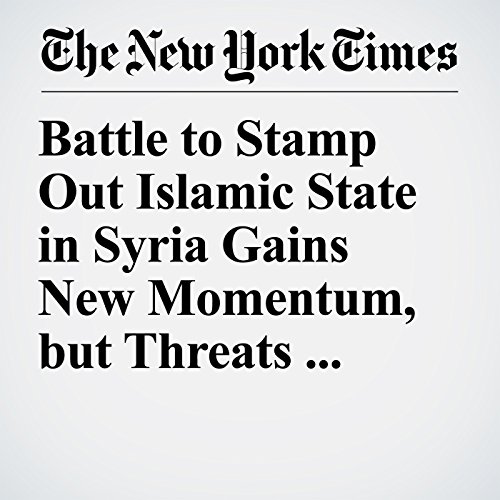 A U.S.-backed ground offensive to wipe out the last pockets of Islamic State fighters in eastern Syria has been reignited over the past month in an attempt to beat back the militants’ ability to wage guerrilla attacks.

"Battle to Stamp Out Islamic State in Syria Gains New Momentum, but Threats Remain" is from the May 30, 2018 World section of The New York Times. It was written by Eric Schmitt and narrated by Fleet Cooper.